Catching up and moving forward 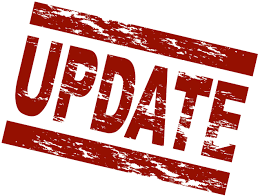 I’ve neglected this blog since returning from France. So much so that I haven’t even posted a For the Health of it topic for November. Time now to put all of that right and get back into some kind of routine. It’s a year since I started the blog and so it seems like a good time to actually try to get it to be the place I had hoped.

First of all an update on me, my health and fitness. I went to France at the end of August with grand ideas that I could at the very least maintain the weight loss I’d had in the run up. Things started well despite all the issues we encountered while there. But gradually as the weather became more autumnal I stopped eating fish and salad and moved onto more carbs. I ate bread and cheese and drank lots of wine. We also took less exercise. Consequently I put on around 7lb by the time I got home.

We went straight into 2 weeks quarantine. I concentrated on eating more healthily but for obvious reasons wasn’t able to take much exercise. I was also working from home on Test and Trace, so that involved me sitting at my desk. But despite that I managed to lose 3lb and by the time I went back to slimming world in late October I was only 4lb over my august weight. Once allowed out I picked up my weekly swim session and was going out for walks too.

Then of course we were put back into lockdown. The pool is closed until early Dec (at least) and slimming world is back to weekly zoom sessions. I refuse though to put on weight during this lockdown and this week have lost another pound. I am very much work in progress and need to go back through my posts from the beginning to reset the habits I have lost. Particularly intermittent fasting (which is very erratic right now) and my carbohydrate consumption.

Who says it has to be January to set out some objectives and start to get on with them? Instead of waiting, these are the things I am going to do personally and with the blog from this week.

I’m going to start to use my IF app again and time my fasts. My plan is for at least 5 16 hour fasts each week. I’m also going to be much more careful about the amount of carbohydrate that passes my lips. Including on wine. I’d like to lose a pound a week up to Christmas, which is doable. I’m also going to get moving a bit more and take a walk each day if the weather permits. I’m also going to start to do my measurements again. That helped me so much last year when I began this blog and if I once again post a weekly update it will help me be accountable.

I’ve been meaning to move some of my breast cancer posts across and I will start that this week. I’ll edit them and put them into a category page on this blog. They exist in my other blog and were written at the time it all happened – 2 years ago.

I’m going to restart my weekly feature on blogs / websites to follow and read. If you read this and have a suggestion please leave a comment.

I’m going to get back on track with For the Health of it, with a topic for the rest of this month and then one for December. I’m also going to promote the blog and my Food and Fitness twitter much more.

I’m going to write regularly – 2-3 posts a week if I can find the topics to write about. Well that’s the catch up, now time to move on forward. I hope others will join me on my mission.

1 thought on “Catching up and moving forward” 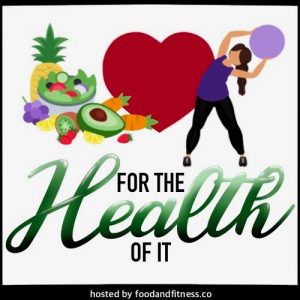